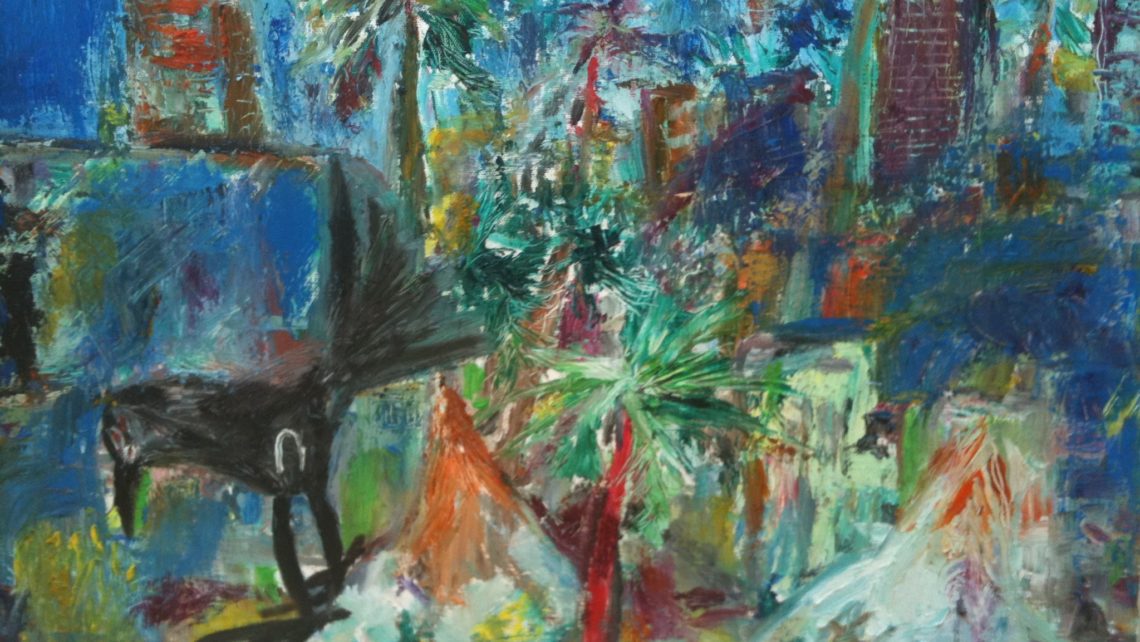 It has been three days since Davyd Whaley passed away.

Above is one of his paintings, which hung in our house for a long time until he gave it to a friend.

From the time Davyd and I first lived together, there were these two black birds—ravens, I guess—that always seemed to hover above our house.  We lived in our first home for three years and they would perch on our balcony. Davyd would frequently talk to them—he gave them names: Blackie and Pearl.  We moved to another place for a year, and again two black ravens would visit frequently, sitting on the edge of our balcony.  Then we moved to our present home six years ago and again two black birds. Whether they were the same, who knows? But we liked to think they were. Frequently I would walk my dog and one of the ravens would fly up ahead of us, stop, wait until we caught up, then fly again to a place where we could be observed on our rounds.  Davyd used to talk about the raven as his spirit animal and always said they brought him messages of hope and good tidings. 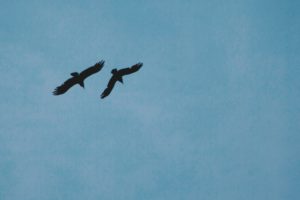 Of course they drove my little dog Annie crazy. As they would land on our roof, she would growl and bark and let them know she was here and was just fine protecting the place on her own.

Anyway, last night was the first good night of sleep I’ve gotten since Davyd’s disappearance from our home last Sunday. I finally dreamed about him, and in my dream I finished a day of work with new people I did not know, and I found him waiting for me as I came home at the end of the job. He gave me a calendar with pictures of him in his favorite black hat and a big smile on his face, and a package that I opened with an unusual object. “Is this the new iPad,” I asked him. He nodded and said,“Yes, for a new way of communicating.”

Then I kind of came around to consciousness and I thought, “Oh, it was just a dream. But at least I had a dream of him.” And I fell back to sleep and again he was there, dressed the same, in his black hat and he sat on a table in front of me with his hands on my shoulders. “I love you so much,” I said. And he took my hand and smiled and said, “I love you too.”  Then a whirl of these new people from this new job, swept around me and the dream went other places.

Then I started to wake up again, because I heard the ravens on our roof, very loud this morning, calling me, as though they were saying, “Time to wake up, Norman. Come back to this world this morning.”  And they went on and on, very loudly for a good fifteen minutes as I lay in bed, wondering if this was going to be another awful day, full of despair and sadness. But suddenly I noticed that for the very first time since we’ve had her, my little dog Annie was not barking at them.  She just looked up quizzically, almost as though she were listening to them for the first time.  Annie and I got up and I took her out for her morning walk, and she just looked up into the trees, looking for the birds, as though she was listening very carefully and whatever the communication was, it was received.  And I marveled, “This is really happening. Annie is not barking at them this morning. But listening.”

I know there are long, sad days and months ahead of me. Davyd’s loss feels insurmountable to me right now. I yearn to see him again, to talk to him, to tell him I’m so sorry for the fact that I could not ultimately save him. I feel the pain so deeply, through every bone in my body, and I have cried more in the past week than I have in all my life, I think. And I’m resigned to the fact that there is no way out of this pain, but to go through it.

However a friend just wrote me yesterday about Davyd and said, “He is absolutely here as well as there, (and everywhere). If you are open to that at all, i think you will be able to ‘hear from him’ in all sorts of signs. And if you can accept a sign, and not just write it off as coincidence or poetry, you”ll get a lot more.” And I wrote her back and said, I so want to believe that.

And so I choose to believe that idea this morning, and I accept the message from Blackie and Pearl of hope and good tidings, of the possibility of a different kind of communication; of love from Davyd’s messengers. 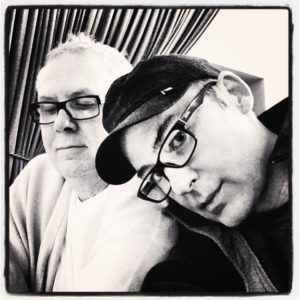 ADDENDUM: Shortly after I first posted the above on Facebook, I received a message from a stranger in the middle of the next night. The note was beautiful and spoke so deeply to my soul. I’d like to share it here:

Since I am so fond of that remarkable artist who is your sister, I have been introduced to the truly astounding paintings of your Davyd that she has shared on her page. As well as seeing so many loving photos of the two of you there, I have been deeply moved by the tenderness and soulful consciousness of true love that is palpable in them. I celebrate that even more now in this time.

I wasn’t going to write to you, as I feared the intrusion of yet another stranger might be wrong, even one with the best of intensions — until I read what you wrote about Davyd, the ravens, and your dreams. Your courage and faith in the midst of so much impossible grief calls to me for some response, even from the stranger that I am to you.

The words that are in my heart are this: he stayed on this plane so much longer than he ever would have had he not met you. Your love inspired him to do far more than he thought possible, including his art and teaching. If he had been able to remain physically, he would have, if only to be at your side looking into your eyes. It was himself that he left behind, but he has not left you.

Your love saved him from deep fears in the futility of the spirit’s quest. Your enormous love for him, seeing him as he truly was, and your protection of him — all of this made a world worth saving and being present in. No matter how neccessary his departure was for him, he left having been given the greatest of gifts — the one he most yearned for — being loved entirely for himself.

I read this once and it seems right to share it with you:

“Ravens – Odin’s animals. Every time the sun rises, his two best ravens Hugin and Munin fly into the world to discover the news of the day. Then they fly back to Asgard where Odin sits at his breakfast. They tell him all the things they saw…

You and Davyd will ever be in my thoughts.” 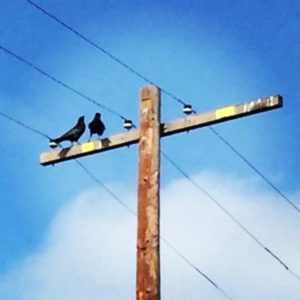 In grief, there’s a mysterious comfort that comes from the most unlikely places. This note began a correspondence that gave me a great deal of solace, and provided the basis for my eulogy at Davyd’s memorial service. I am so grateful for the messengers, those we call angels.

“I’m beginning to believe that there are angels disguised as men who pass themselves off as such and who inhabit the earth for a while to console and lift up with them toward heaven the poor, exhausted and saddened souls who were ready to perish here below.”  ― George Sand 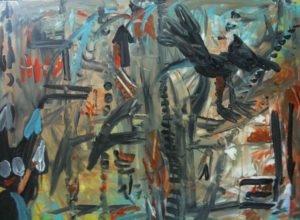