THE SOMETIMES UNCONSCIOUS WORLD OF AIMS AND METHODS 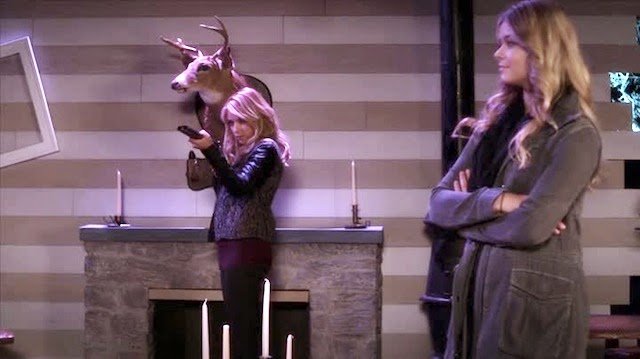 The PRETTY LITTLE LIARS summer finale airs tonight, wrapping up the first half of season 5. How quickly time flies. I came across an interview I did with Maria Mercedes Lara from Wetpaint.com a couple of years ago, at the beginning of season 3. I found it interesting how relevant the answers remain, even now, halfway through this fifth season.

WETPAINT: The girls are seen studying Hedda Gabler in Season 3. What does Ibsen’s neurotic femme fatale have to do with PLL?

One of the things I admire about the writers on Pretty Little Liars is that they’re all voracious readers and they draw upon the great heritage of literary, art, and film references. Wikipedia’s entry about Hedda Gabler includes the following: “Depending on the interpretation, Hedda may be portrayed as an idealistic heroine fighting society, a victim of circumstance, a prototypical feminist, or a manipulative villain. Her aims and motives have a secret personal logic of their own. She gets what she wants, but what she wants is not anything that the normal usually admit, publicly at least, to be desirable. One of the significant things that such a character implies is that there is a secret, sometimes unconscious world of aims and methods — one might also say a secret system of values — that is often more important than the rational one.”

So, just by mentioning Hedda Gabler, the writers are suggesting parallels between the literary figure and any or all the girls, and those Wikipedia descriptions would fit many different characters. Pretty Little Liars, at its best, is about characters who are operating with a “secret system of values,” as they try to figure out what their lives are about. And hopefully, by mentioning Hedda Gabler, or To Kill a Mockingbird, or movies such as I Walked With a Zombie, Vertigo, or Psycho, it will inspire viewers to dig deeper into the original material to find their own connections.

Speaking of female villains, will we ever see Mona get out of her catatonic state?

I will only say that viewers will be seeing a lot of Mona in Season 3 and that could not make me happier.PLL does a good job of not making their villains one-dimensional, but ‘A’ seems like straight-up villain. Will we ever see the softer side of ‘A’?
That’s a question for the writers and I can’t answer it, but I think that Mona certainly has been presented as a multi-dimensional character. As a viewer, I already understand that she’s a girl who’s experienced a lot of pain and it’s a tribute to Janel Parrish that she’s made Mona a character that I always look forward to seeing. 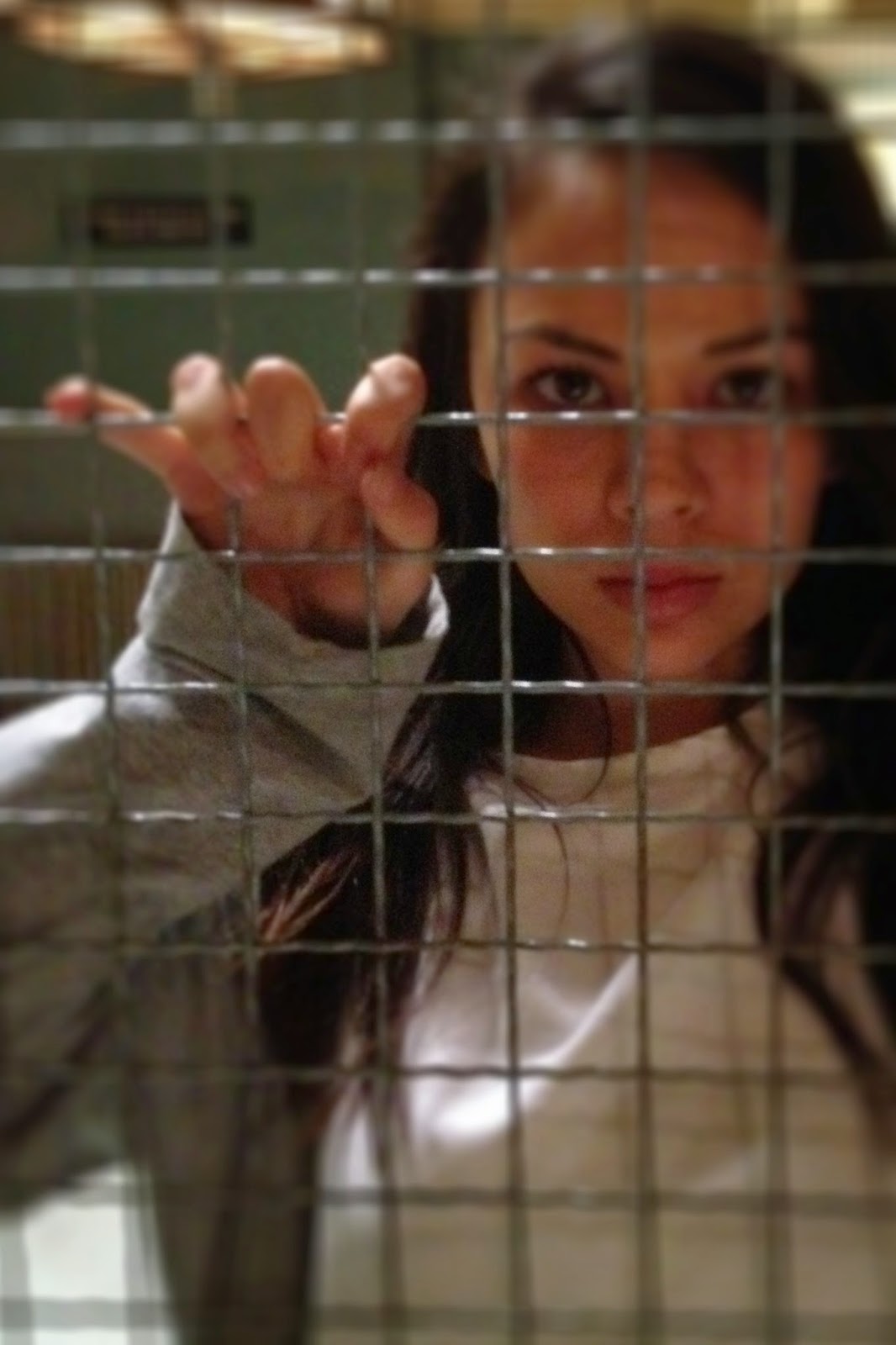 One theory I have is that there are two personalities to Mona: the ‘A’ side and the softer side, kind of like Dr. Jekyll and Mr. Hyde. Do you think there could be something behind the duality?
I often think, in art and life, we respond to those who personify our own darker instincts. Maybe that’s why these four girls were so devoted to Alison. I certainly think that the reason Jekyll and Hyde is such a powerful, enduring story is that we all have shadow sides, and we enjoy stories that ply out those shadow stories for us so that we don’t have to experience them in life. The girls are hiding something in any given episode. We, the audience, enjoy seeing them lie again and again, though I doubt any of us want to emulate their behavior and experience the consequences. And Mona is just a larger exaggeration of that impulse to indulge the shadow.
Who do you think is the most sympathetic character on PLL?

I like all of the characters. Each of the four girls represents a different archetype for me, four points on a compass. I sympathize with all of their dilemmas — each girl struggles with very basic issues of love and need that we all can identify with — and sometimes I sympathize with one girl over the others, depending on what is happening in a particular episode. 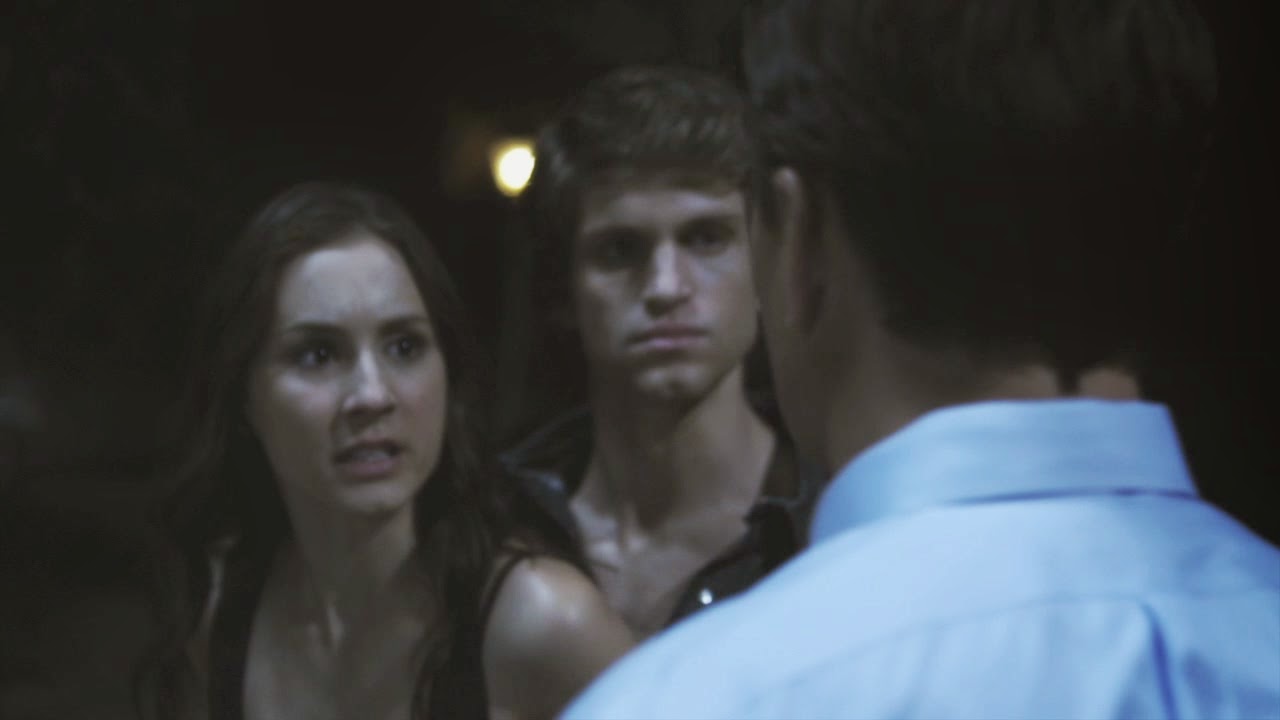 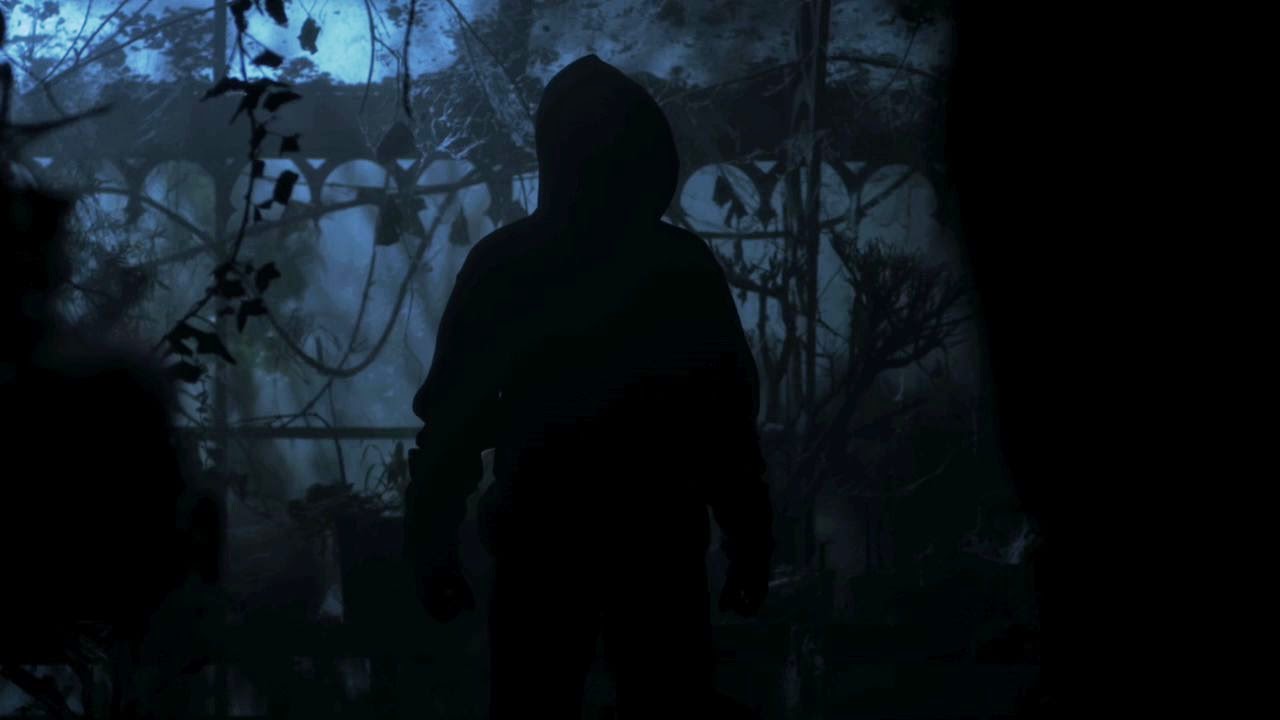 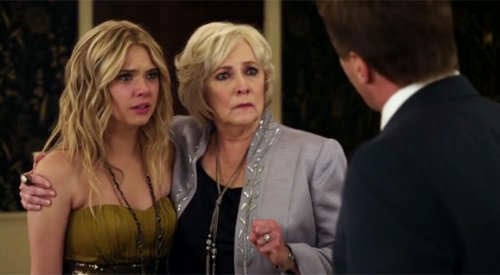 You reference a lot of classic movies in PLL, what were some of your favorite/most memorable references?
I am inspired by many films, and sometimes it’s just the suggestion of a camera move, or the way a certain color worked in a scene, or sometimes it’s about lighting. Sometimes I will show sequences from certain films to the director of photography, or the production designer, so that he will understand what I’m after. The final sequence of Season 1, Episode 6, where Toby chases Emily, was based on a sequence from the Max Ophuls film Le Plaisir. The sequence where Hanna is alone in her wheelchair in Season 1, Episode 12 was based on a sequence from Hitchcock’s Rear Window. There was a sequence in Season 2, Episode 7, at the dinner party, inspired by the staging of a scene from The Magnificent Ambersons. There is a sequence coming up in Season 3, Episode 6 inspired by the opening shot of the Mike Nichols film Carnal Knowledge.
Sometimes I’ll show the actors — I showed a sequence from All About Eve to Ashley Benson during Season 1, Episode 6, so she would know precisely the behavior I was looking for. (She emulated a gesture performed by Bette Davis that film.) And I recently showed Keegan and Ashley a scene from another movie with Barbara Stanwyck and Henry Fonda that I used as inspiration for the blocking in a particular scene that’s also coming up in Season 3, Episode 6.
In the same way, we often use a painting as a reference point. There is a very specific reference to Edward Hopper’s ‘Nighthawks’ coming up in Season 3, Episode 6 as well. But all of these examples are just inspirations, and they are not meant to copy exactly. Part of it is just because we’re all big fans of classic films, books, and paintings, and this show affords all of us the opportunity to indulge our passion for the great work of others. 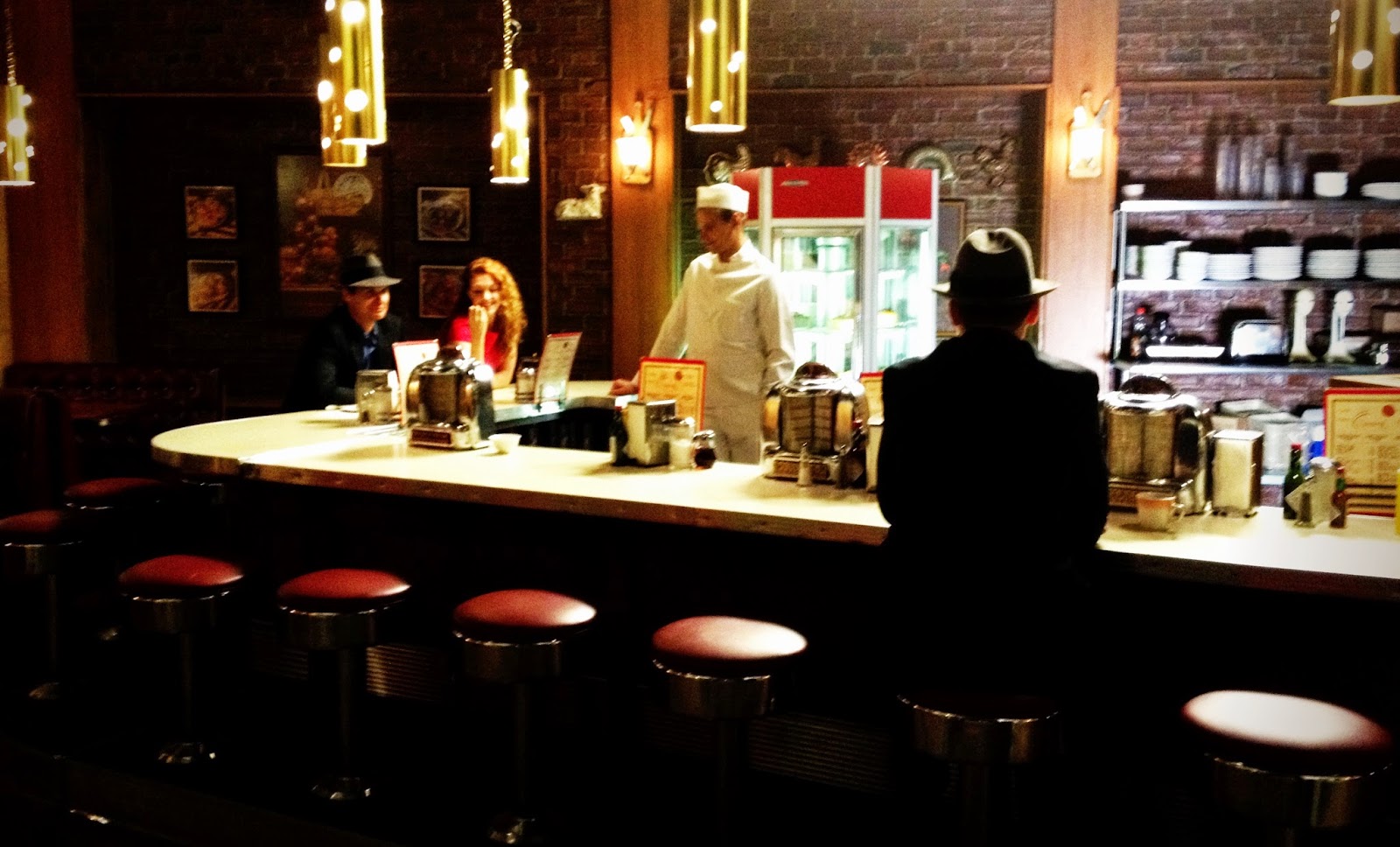 What classic movies/directors would you suggest PLLers check out this summer?
As I sit here answering your questions, I am watching Nights of Cabiria, one of the greatest films of all time (by Federico Fellini). You can’t go wrong with any film by Fellini, Hitchcock, Billy Wilder, Stanley Kubrick, or George Stevens. I’ve also become a great student of Michael Curtiz, who directed Casablanca and Mildred Pierce, on the very stages at Warner Brothers where we shoot Pretty Little Liars. I learn a lot from watching how he directs melodrama. His work influenced me particularly in terms of how I directed Gossip Girl.What draws you to female-driven television shows?
I am attracted to characters who are in touch with their emotions. I am more interested in emotion and character than action and plot. So the shows I tend to work on the most are about emotional characters, who often just happen to be women.You work on a lot of TV shows with spoiler-hungry fans. What is your opinion on spoilers?
I myself do not like spoilers on the shows I enjoy watching. When I watch Mad Men or Breaking Bad, I enjoy not knowing what’s coming. I don’t know why anyone would want to know beforehand. It seems odd to me. But if people really want spoilers, then whatever. But they won’t get them from me.