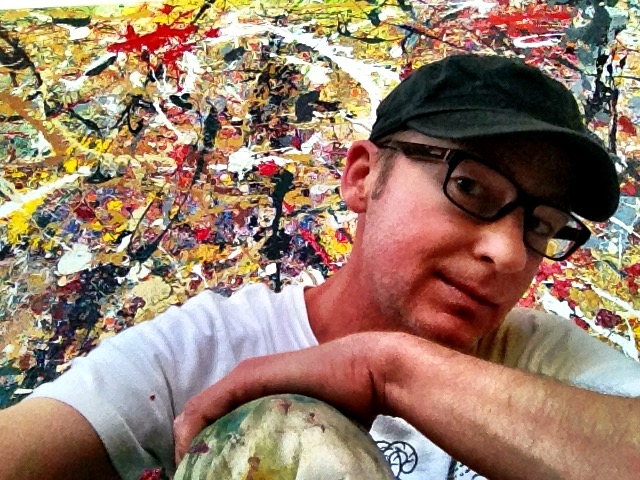 Today is Davyd Whaley’s birthday. He would have been 47. The sadness I feel about his loss wraps around me every day, like a cold wind barreling down the streets of Manhattan. Then it eases slightly as I take a breath.  I don’t resist the pain, but instead I open my heart to it, recognizing that the pain is because I loved him so completely.

And the love endures. I feel love for him and I feel love from him. It’s inexhaustible and bottomless and goes on and on. I feel this love as completely now as I did when he walked along these streets next to me. It’s mysterious and expansive and makes me feel bigger in the face of this cold wind that bears down upon me.

And then the sadness ceases to be cold, but becomes more like a warm ache brought on by an awareness of the mystery and fragility of life—the same sort of ache you feel when you look at some beautiful painting, or take in some spectacular landscape, or read some powerful poem.

And then I realize that the pain has always been there. I felt this sweet agony every time I looked at Davyd during our ten years together, knowing subconsciously that one or the other of us would die first. The more you feel for another person, the more you are aware of loss. And all of us live with loss, every single day, whether we admit it or not.

We all become so attached to the physical, to the small, to the dense manifestation of matter. I remember when Davyd and I were sleeping I often held onto him, as though I were trying to hold him down to this earth, to prevent him from flying away.

Since his death, his best friend Alesia and I have acknowledged to each other that we both always felt time with Davyd was limited—we didn’t know why we felt that way exactly, and we never articulated it to one another while he was living.  But we felt that we had to ‘get it all in’ now.

I photographed him relentlessly, to remember everything I could, as concretely as I could, and I tried to make everything as wonderful for him as possible. Alesia likewise would drop whatever she was doing, find sitters for her kids, and travel with him whenever he would suggest it.  And we now reminisce about how glad we are that we both savored those experiences. We were present. We were aware and awake.

For every person, the soul’s journey is individual and difficult.  James Hillman wrote, “We are not responsible for one another’s lives or deaths; each man’s life and death is his own. But we are responsible to our involvements.” Over the past several weeks I’ve continued to search for answers, trying to comprehend what happened to him at the end of his life, and my involvement and what’s happened to me since. It’s easy to fall into romanticizing the past and the person, glossing over the complications, and it’s also difficult not to look for places and people to assign blame, including myself. But there are ultimately no answers. Only a recognition of the journey the soul takes.

Davyd came from a background of neglect and abuse that seems to have stacked the cards against him. He talked very little about his childhood to me and the one time I pressed him on it he angrily responded, “Do you not understand how painful it is for me to talk about?”  He got up, walked across the room and fainted. His past was clearly a radioactive subject and I never pressed him about any of it again.

Since his death, as I’ve read his journals and talked to various people who knew him when he was young, I accept what I always knew intuitively—his childhood was toxic. He never knew consistency of any kind. He never knew stable, unconditional love. He was subjected to condemnation and abuse from an early age—for his sexuality, for going his own way, for being different. There was no comfort for him and no place to turn. He was treated abominably by people who should have known better. And it pains me to think of how many there are in this world who are like Davyd, abandoned by their families, abandoned by the people who should love them, who should be there for them.

Davyd’s personality, especially in our early years together, seemed to fragment sometimes. He clearly compartmentalized as a way of dealing in the world—struggling to make himself into what was expected of him in any given circumstance, but retreating into the scared child when he felt anxious, overwhelmed, or threatened.  He had horrible migraines and unexplained seizures, where he would retreat so deeply into an altered state that several times I thought I’d lost him during trips to the emergency room. But he always recovered and it always brought us closer to one another. I know that he trusted me and I wanted to provide him the unconditional love that he deserved.

So I tried very hard to protect him from stress. Now I realize it’s grandiose to think that I could have protected him, and that somehow I could fix the early damage done to him. Since his death I’ve had to confront how little one can actually do to help another. Certain emotional grooves get established, entrenched.  So no matter how much my own family, his wonderful friends, and I attempted to make up for that early lack of love, Davyd was always going to be haunted, and any adverse circumstance could easily make him slip back into those well-worn patterns from his past.

As long as I knew him, Davyd could not sleep without some type of sleep medication. Initially he had horrible nightmares, which gratefully subsided as the years passed, but then seemed to return with a vengeance in the last weeks of his life. When it came to certain memories, there was no relief—they would reach up from his unconscious and then pull him back under.

There was a period of time, 2006 through 2008, when he was on various medications that kept the highs and lows at bay, but deadened him to the world. And he once said to me, “I would rather be dead than feel dead.” But he determinedly got himself off most of those medications, and started painting with an enthusiasm and courage that seemed to make his life and personality bloom. It really seemed like a miracle, that he had ‘healed’ himself through his art. He started to express himself, his thoughts, his feelings, his dreams—all of it on the canvas. And he found great joy in inspiring others to do the same.

He also began Jungian analysis. He dove into it with enthusiasm and embraced Jungian themes in his artwork, working hard for his own individuation, his own understanding, and his own expansion as a soul. He believed that we are all working out our personal stories, our personal narratives, and that the process itself creates meaning. His journals are so beautifully written, documenting his search and his insights. I continue to learn more about him as I read them, as well as more about myself.

But as hard as he worked to integrate his early experiences into the larger whole of his life story, I feel he was finally overwhelmed by the power of the unconscious, by the shadows, which he had internalized into warring factions within himself.

Nevertheless, in spite of the difficulties, there was great joy in our lives and relationship—and I choose to believe that all of his experiences, good and bad, prepared him for whatever comes next in this great dance and mystery of life, death, and eternal existence

I learned so much from Davyd. He certainly seemed happiest when he was caught up in the task at hand so that he could think of nothing else, whether it was going to the museum, eating a meal, playing with our animals, spending time with friends, or working on a painting. He always said, “I only want to be present. I only want to be here now.”

As I was talking to my shrink this morning, he reminded me that Davyd’s life was an extraordinary success story, not a tragedy. Davyd pulled himself out of misery and created a self-defined life. He served his country in the Navy, then put himself through college. He had a successful career as an electrical engineer, then had a second, even more incredible career as a successful artist. He had friends who loved him. He had a spouse who adored him. He volunteered, he contributed, he made a difference.  He participated and played the game full out.  His life was too brief, but he accomplished so much more than most do in eighty or ninety years. He was beautiful. He was unique. He was original. He was his own man.

I remember when I first met Davyd I asked him to tell me his favorite movie.  He said, “City of Angels.” I remember smiling and thinking, “This guy is so sweet. He is an angel and that’s why he loves this movie.” And I’ve been so touched by how many people have written me and described Davyd as ‘angelic,’ and ‘otherworldly.” Indeed he was. Indeed he is! It’s as though his incredible energy was just too big for this world, just too much to be contained in this dense physical shell. His huge spirit is reflected in the quality of the friends who surrounded him. It spilled out onto canvases—huge, gorgeous works of art. And most of all, for me, his great heart broke me open. I felt such great happiness in his presence, and I still feel it in every memory of him.

Maybe his journey was exactly what he needed it to be to learn what he needed to learn here in this life. And maybe for me as well: I must learn to embrace a bigger version of him, one of spirit and not of flesh. In any case, one must have faith.

The journey of life seems to be about defining the narrative. Why are we here? What is our purpose? What are the values that are important to us?  What gives our life meaning.

and anywhere. Of course you have

to open your eyes to a kind of

second level, but it’s not really

hard. The whole business of

what’s reality and what isn’t has

never been solved and probably

never will be. So I don’t care to

be too definite about anything.

I have a lot of edges called Perhaps

and almost nothing you can call

Certainty. For myself, but not

for other people. That’s a place

you just can’t get into, not

I’ll just leave you with this.

I don’t care how many angels can

dance on the head of a pin. It’s

enough to know that for some people

they exist, and that they dance.” 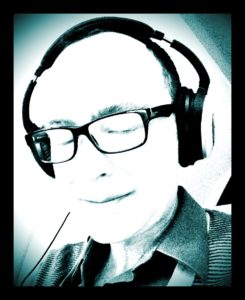