ON VARIOUS BOOKS ABOUT DIRECTING…

I’m frequently asked for suggestions of books about directing–by students, and others who want to direct. Here are some of my favorites, which hopefully provide a good place to start:

Francois Truffaut: “In your opinion, should a film suggest painting, literature, or music?”
Alfred Hitchcock: “The main objective is to arouse the audience’s emotion, and that emotion arises from the way in which the story unfolds, from the way in which sequences are juxtaposed. At times, I have the feeling I’m an orchestra conductor, a trumpet sound corresponding to a close shot and a distant shot suggesting an entire orchestra performing a muted accompaniment. At other times, by using colors and lights in front of beautiful landscapes, I feel I am a painter. On the other hand, I’m wary of literature: A good book does not necessarily make a good film.”
This is the definitive text on filmmaking, as far as I’m concerned. I first discovered it when I was twelve in a bookstore in downtown Fort Worth. When it was first published, I think the book cost $10, which was an enormous amount of money for a twelve-year-old boy. I asked my parents if I could buy it, and my dad answered I could do whatever I wanted with my own money, BUT he recommended not buying the book. He walked me all the way to the cash register, encouraging me NOT to buy the book, saying I would never look at it again after I’d read it once. It was the first time I think I actively ignored my father’s advice. He was furiously silent as we drove home. My mother, trying to lighten the mood, said something to the effect, “Who knows? Maybe Norman will grow up and work in the movie business.”
With all due respect to my late father, I have never regretted spending that ten dollars.  It absolutely changed my life. I’ve had a lifelong affection for Hitchcock, as well as Truffaut, and the lessons I learned from this book have stayed with me through my entire editing and directing careers. 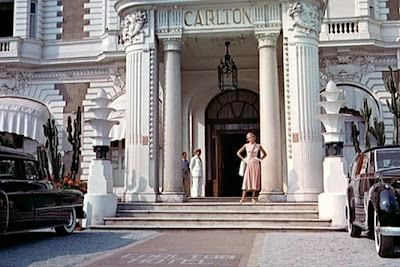 THE CONVERSATIONS Walter Murch and Michael Ondaatje.
Walter Murch: “I become tuned to see things in a certain way when I’m working on a film. One of your obligations as an editor is to drench yourself in the sensibility of the film, to the point where you’re alive to the smallest details and also the most important themes….In the end, the editor of a film must try to take advantage of all the material that is given to him, and reveal it in a way that feels like a natural but exciting unfolding of the ideas of the film. It’s really a question of orchestration:  organizing the images and sounds in a way that is interesting, and digestible by the audience. Mysterious when it needs to be mysterious, and understandable when it needs to be understandable.”
I think it is impossible to be a successful director without a fundamental understanding of editing, and I don’t think there is a finer book about editing than this one. The book is similar in form to the Hitchcock/Truffaut book, in that it is an extended interview.  Michael Ondaatje, the author of the novel THE ENGLISH PATIENT, was fascinated by the editorial process during the filming of his novel and approached the great editor Walter Murch about doing this series of “conversations” about the filmmaking process, and particularly how the filmmaking process ultimately boils down to what happens in post-production. His questions about editing, and Walter Murch’s responses about this fine art, provide an unequaled resource. This book was required reading in the classes I taught at UCLA. The editor is a prime component of the success or failure of any particular film project, but unfortunately the craft is undervalued by many producers and studio executives–they frequently act as though this is an easily replaceable position, and that one editor is as good as another–as though the editor just puts the film together in the same way one might assemble a piece of furniture from IKEA (I even had one producer tell me he was going to buy Final Cut Pro and just start editing films himself. My response:  Just because you can type doesn’t mean you can write a book.) I think this book exposes the shallowness of that type of thinking. It should be required reading for every producer, studio executive, writer, or director. 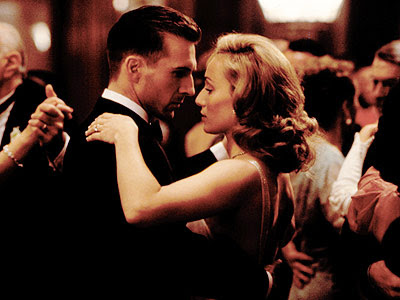 DIRECTING ACTORS and THE FILM DIRECTOR’S INTUITION: SCRIPT ANALYSIS AND REHEARSAL TECHNIQUES, both by Judith Weston
JUDITH WESTON: “The director’s main responsibility–and perogative–is telling the story. This means finding a structure to the script and setting up events so that they are at once surprising and inevitable. You give the actor direction in order that the actor’s actions and interactions illuminate and create those events. The actor has a responsibility–and perogative–to create truthful behavior while following direction and fulfilling the requirements of the script. Actor and director must respect each other’s creative territory.”
At the point I was making the jump from editing to directing, I was lucky enough to study with Judith Weston. Judy teaches a class called “Acting for Directors” for which her book DIRECTING ACTORS is the primary text. Her common-sense, but very intuitive, approach to working with actors was revolutionary for me. She taught me to think very specifically about the behavior of actors and characters, and her books are invaluable. I highly recommend her as a teacher to both actors and directors. I owe a great deal of my ongoing success to her, and the tools that she taught me.
KAZAN ON DIRECTING by Elia Kazan.
Elia Kazan: “It is essential, be it a play or a film, to quickly create among your collaborators an atmosphere of pleasure in work as well as openness and comradeship, a sense of common purpose to be enjoyed by people of equal talent.  You are not to behave as a ‘boss’, even though you chose them all and can replace them. It is your obligation, and your privilege, to establish the goals of the work and to help the others achieve these goals in collaboration with you.”
I’ve just recently come across this very excellent book by Kazan. He directed many films that made a huge impression on me in my youth, including: A STREETCAR NAMED DESIRE, ON THE WATERFRONT, EAST OF EDEN, A FACE IN THE CROWD, and SPLENDOR IN THE GRASS. All of these films are masterpieces, and each can be studied individually for what they have to teach about film as art. 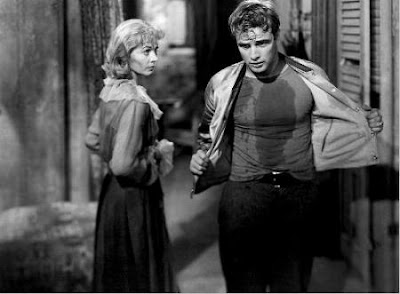 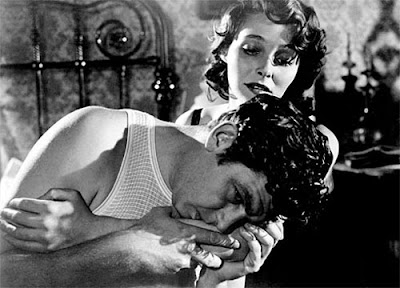 THE VISUAL STORY by Bruce Block
Bruce Block: “The basic visual components are space, line, shape, tone, color, movement, and rhythm. These visual components are found in every moving or still picture we see. Actors, locations, props, costumes, and scenery are made of these visual components. A visual component communicates moods, emotions, ideas, and most importantly, gives visual structure to the pictures.”
Block’s book is a wonderful primer in how to break down a visual image, to understand its component parts and how it affects one’s experience of a film. I find this book highly useful in the prep on any of my projects.
DIRECTORS TELL THE STORY by Bethany Rooney and Mary Lou Belli
Rooney and Belli: “You are creating a story and orchestrating every single element so that the audience will have the same emotional responses you had when reading the script. Everything you do as a director is intended to duplicate for the audience what you first felt when you read the script….The writer is your friend. The two of you want the same thing: to make a great episode of television. Understand what forces are pushing and pulling the writer. Ask questions. Challenge inconsistencies with respect, and know when it’s time to let go.”

My respected colleague and friend Bethany Rooney wrote this book with Mary Lou Belli, and it’s a wonderful resource, covering every aspect of prep and production. I have recently been recommending it to everyone who shadows me or asks about working on a television episode.  She and her co-writer are exhaustive in their analysis of the responsibilities and challenges that a director must tackle. 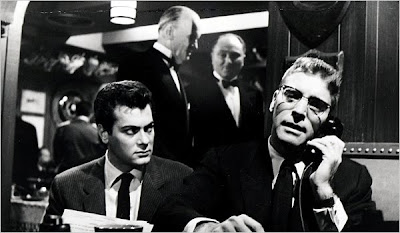 ON FILM-MAKING by Alexander Mackendrick
Alexander Mackendrick: “A director contributes not by instructing the actor but by inspiring him. A performance is wholly the creation of the actor’s imagination, of the control he has over his expressive instrument (voice, body) and even more significantly of his emotions, sensory feelings, intuitions and mental attitudes. (This is why they say once a role has been properly cast, the director has done ninety per cent of his work.) So listen. Listen hard. Observe the actor minutely. Watch closely for his body language, those subtle qualities of personality that belong utterly to this particular individual. Imagine how they might be absorbed into the role. Where there are qualities that do not seem right to you, be patient. Remember these may, in fact, be due to your own inability to see beyond your preconceptions. Remember that, in any event, to call attention to what is wrong may inhibit the actor. Where he or she has mannerisms you are anxious to eliminate, other tactics may be necessary.”

Alexander Mackendrick directed SWEET SMELL OF SUCCESS and THE LADYKILLERS, then retired to teach at CalArts. His book is enormously accessible, and uses examples from his own films as well as other classic films. I particularly like its conversational style.

Nicholas Proferes: “A key ingredient in learning hot to draw is to study drawings done by master artists. It is not only inspirational, but if we look closely we can see what aspects of craft the artist has used to create her effect. The same process is necessary in becoming an accomplished film director. We must study films, and we must study them closely. We must study them until we understand precisely how the various parts fit together, how each discrete element adds to the cumulative effect of the whole.”
I came across this book–which is essentially a textbook–in a bookstore one day. I’ve yet to find a better, overall analysis of the various aspects of the filmmaking process, explained in an accessible and thorough approach. His explanation of the 180-degree rule, the use of objective and subjective camera, and many other topics is clear and concise.
This is an ongoing list of resources for the aspiring filmmaker. Obviously it is by no means exhaustive and I welcome other suggestions to add to the list.