CINEMA IN SEARCH OF A SOUL

Home / Cinema / CINEMA IN SEARCH OF A SOUL 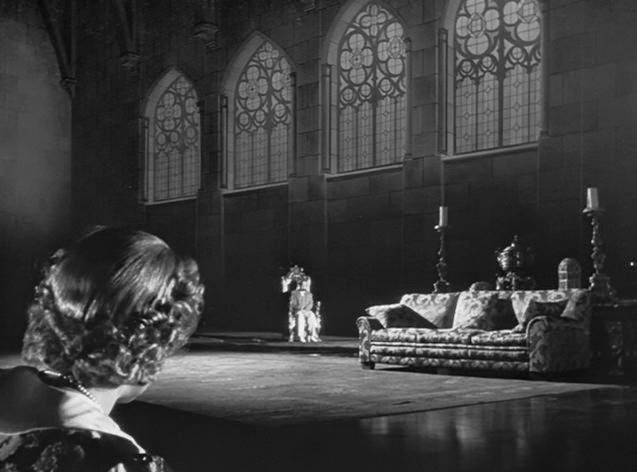 I just finished watching the season finale of MAD MEN. It was an enormously satisfying episode of television because the patient, deliberate development of the story, throughout the season, paid off in wonderful ways. Why aren’t movies this good anymore? 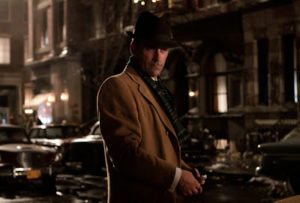 Every ten years since 1952 Sight and Sound magazine has compiled a list from various film critics and directors, voting on the best films of all time. In 2002 the critics voted for CITIZEN KANE, VERTIGO, RULES OF THE GAME, THE GODFATHER AND THE GODFATHER PART II, TOKYO STORY, 2001: A SPACE ODYSSEY, BATTLESHIP POTEMKIN, SUNRISE, 8 ½, and SINGIN’ IN THE RAIN. The directors’ list had some overlap: CITIZEN KANE, THE GODFATHER AND THE GODFATHER PART II, 8 ½, LAWRENCE OF ARABIA, DR. STRANGELOVE, THE BICYCLE THIEF, RAGING BULL, VERTIGO, RASHOMON, RULES OF THE GAME, and SEVEN SAMURAI. 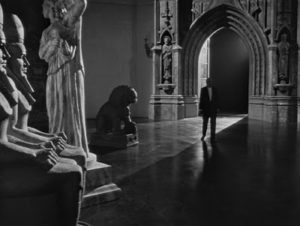 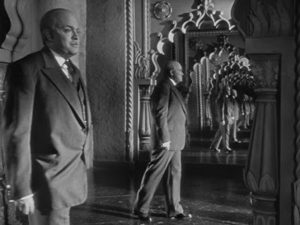 Citizen Kane is frequently cited as one of the greatest film of all time. Among its many virtues, it uses the power of light and perspective to suggest psychological states in its story of power and wealth and loneliness. What various characters think of Charles Foster Kane is always reflected by his size and positioning in the frame. He is frequently seen receding into the vanishing point, reinforcing the idea that no one in the film can really get a handle on who he was or what he was about.

While I’m not one who subscribes to the idea of “top ten” lists, nor do I care much what various critics think when it comes to this type of over-simplification (I think lists tend to be subjective and arbitrary), there’s something that jumps out at me: the most recent film to make either of these lists is RAGING BULL, which was released in 1980. What does that say about the current state of the cinema?

While I certainly think there are some interesting films in any given year, I bring this up when I talk to my students, asking them to reflect on the absence of any recent film on this Sight and Sound list, and question why this might be so. Are films of the last thirty years less well-made on some level–not technically necessarily, but well-crafted as a whole?–redundant, lacking in cohesion, playing to the lowest common denominator, afraid to tackle ideas? I’m not sure, but I know the days of feeling that I might see a masterpiece when I go to the movie theater are few and far between. Even when I think there might be a great film looming, I’m usually disappointed.

I find very often that even films that seem to be wrestling with something important often seem vague, unclear about what they’re truly trying to get at. Some of this can no doubt be attributed to the enormous number of people who are required to sign off on any studio venture, where risk is avoided at all costs, but what about the smaller films, the independent films, the foreign films? I watch a lot of smaller movies on the Independent Movie Channel or Sundance, and I frequently find myself thinking, “Well, that was almost great.” But I certainly don’t feel the need to go back and watch anything again and again, as I do with the films of Hitchcock, Fellini, Kurosawa, Bergman, Antonioni, Kubrick, David Lean, Billy Wilder, George Stevens, Jean Renoir, et al. There’s a reason these filmmakers have endured and I’m curious as to how to distill the essence of that ability to speak to so many people over the decades. 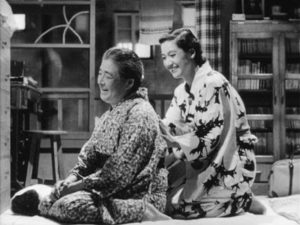 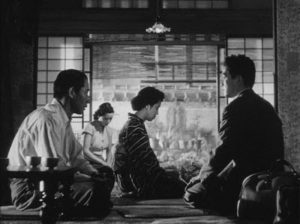 Ozu most often used what was called a “tatami-mat shot”, in which the camera height is low and almost never moves. It creates an intimate feeling that is almost poetic in its simplicity, mirroring Ozu’s themes of all that is quiet and unspoken in family relationships.

It occurs to me that cinema has developed concurrently with developments in psychology; that indeed cinema is a way of making psychological processes understandable and accessible to people across language barriers, across class distinctions, across religious differences, and across nationalities. When one looks at a film like CITIZEN KANE, VERTIGO, TOKYO STORY or LAWRENCE OF ARABIA, what one believes intellectually, politically, or spiritually falls away to make room for something more primary—recognition of our common emotional values. Everyone knows what it means to care passionately, to lose, to love, to fight. In the films that stand the test of the time, the stories that are told endure because they appeal to something fundamental in the collective unconscious. Ozu’s TOKYO STORY is without a doubt one of my favorite films. It was made less than ten years after we called the Japanese our enemies, and yet the film transcends any cultural divide. The meaning behind the story, of aging parents and children who take them for granted, is powerful and universal, particularly now that I’m older.

Which films speak today to our commonality in such a profound way? Which films will we still be talking about thirty, forty years from now?

I know this: we’ll still be talking about MAD MEN and BREAKING BAD, which plumb the depths of modern man’s search for a soul. For me, the former examines personal relationships in such a way that illuminates how we, as a people, careened into the narcissistic, consumer culture of the last fifty years; and the latter elucidates the effects of a society that has thus lost its bearings, driving people to behavior that runs counter to their better selves.

I wonder if the fact that both of these shows are on AMC is significant—a channel dedicated to celebrating a particular kind of filmmaking that is concerned with more than an opening weekend’s boxoffice receipts. 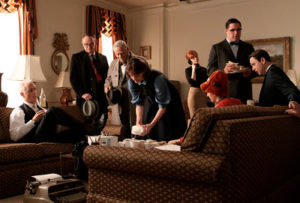 This incredible shot from the MAD MEN finale brings many of the significant characters that we have been tracking in single shots all season into one beautiful, bustling frame that feels hopeful and almost party-like in its composition.