Home / Family / REVISITING THE PAST

In the late 1950’s and early 1960’s my family put out a Christmas newsletter every year called the Buckley Bulletin. It was a summary of what all of us had done that year, a way of documenting and adding significance to passing events. I remember enjoying the creation of it and I loved being involved in the planning, even as a young child. I was encouraged by my parents to share my thoughts and it included some of my earliest writing. 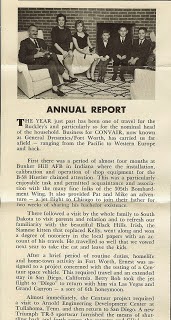 Then as the sixties encroached–as we all grew up, as Christmas newsletters became passé, and we all got too busy–we stopped publishing it. My parents became overwhelmed with other things, middle-age crises and such, and I don’t think the last one ever even made it to the mailbox. I wish we’d kept it going–our lives grew more interesting, but it seems we, as a family, had less to say about it.

As the years have gone on, I’ve always liked the idea of reviving the Buckley Bulletin in some way. I’ve thought about doing it every Christmas, but it always seemed to be more trouble than it was worth. But still, I’ve felt this need to return to a tradition that my father started. There is something about writing things down that adds meaning to experience.  So this blog serves as my attempt to do that.

Rather than making it simply a record of events, hopefully it will serve as a way to share the things that are important to me:
in addition, it’s an opportunity to explore the production of the various shows I work on;
to answer the questions of the GOSSIP GIRL fans who write me, the CHUCK fans, and the fans of other of my shows;
to serve as a resource for my former UCLA students, who have asked for transcriptions of my lectures, and to satisfy my desire to pontificate, since I don’t have the time to teach anymore;
to provide an opportunity for a more thoughtful political debate (as opposed to the snarky remarks in the comments section of my Facebook page or the 140-word limit on Twitter);
to review and learn from the films and theater that I see, the TV that I watch, the books that I read, and the photos and art that I contemplate;
to provide links to the material that inspires me;
to encourage others to do the same.